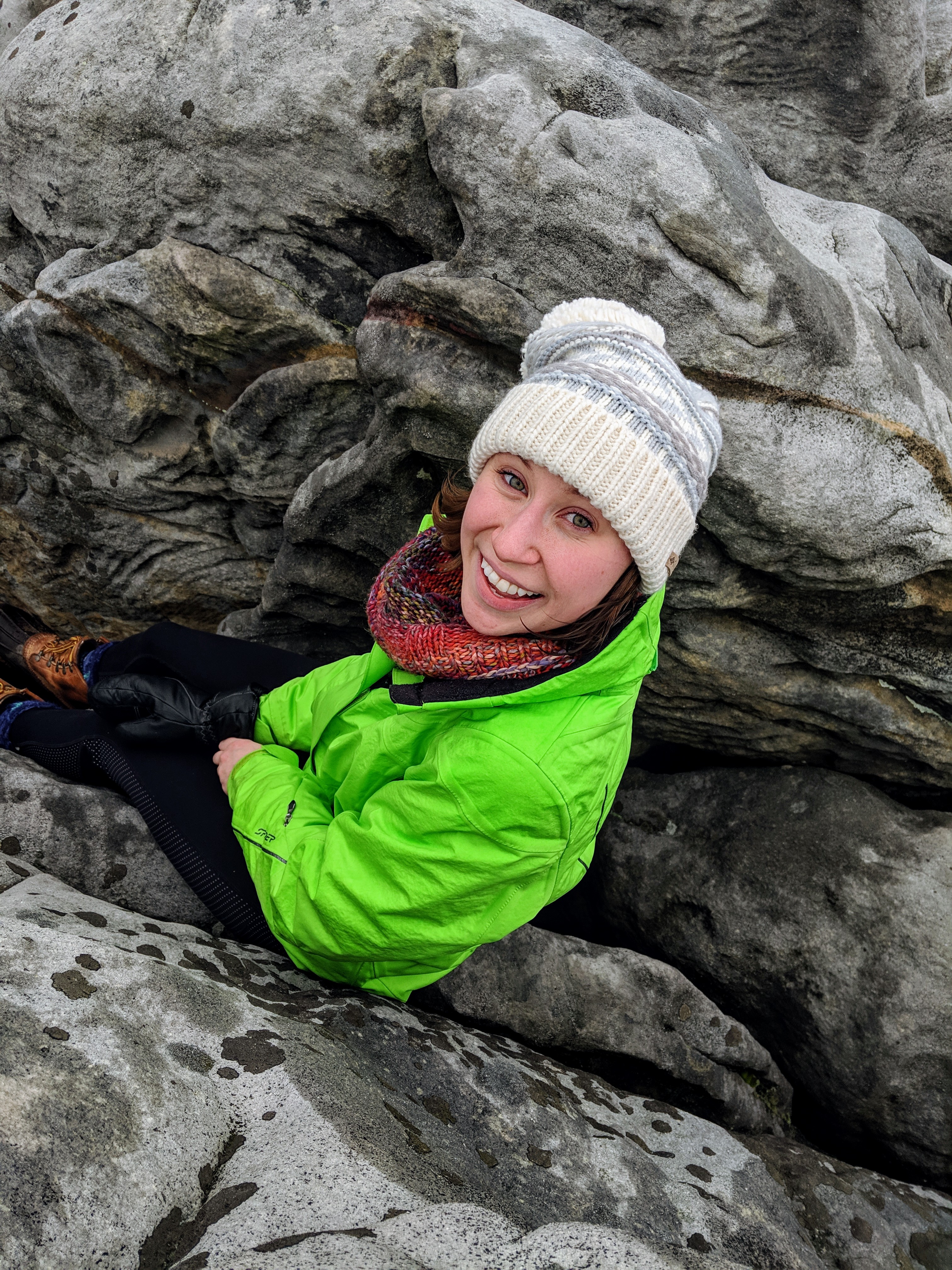 I'm the Communications Specialist for the American Astronomical Society, where I serve as the Co-Editor of AAS Nova, an award-winning research news site, and Deputy Press Officer. I defended my dissertation on the upper atmospheres and ionospheres of Venus and Mars at Boston University in September 2021. I was the first ever American Astronomical Society Media Fellow and a 2019 AAAS Mass Media Science and Engineering Fellow at Voice of America in Washington, D.C.

Before beginning graduate school in Fall 2015, I lived in Taiwan for a year as a Fulbright English Teaching Assistant. If you’d like to learn more about my experience in Taiwan as a Fulbright grantee, you can visit my blog, which covers the first three months of my fellowship. Between graduating from college and moving to Taiwan, I worked as a Planetary Science Research Intern at NASA’s Jet Propulsion Lab. Before that, I studied at Williams College, graduating in 2014 with a B.A. in Astrophysics and Chinese.

Aside from coding and writing, you can find me hiking, rock climbing, reading, or doing crossword puzzles. 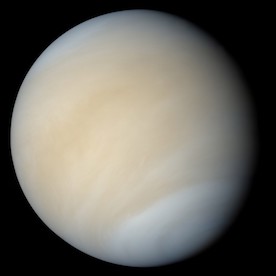 At Boston University, I worked with Dr. Paul Withers to study the atmospheres of terrestrial planets. My dissertation research focused on a layer of charged particles in the upper atmospheres of Venus and Mars called the ionosphere. In particular, I studied how solar activity — solar flares, the 11-year solar cycle, etc. — affects the density, extent, and composition of the ionosphere of Venus. To accomplish this, I analyzed and modeled in situ data from the Pioneer Venus Orbiter (PVO) and Mars Atmosphere and Volatile Evolution (MAVEN) spacecraft as well as remote-sensing data from Venus Express and Mars Global Surveyor. 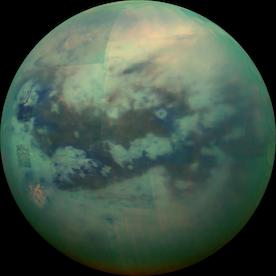 As a planetary science research intern at JPL, I worked with Dr. Bonnie Buratti to study the north pole of Titan, Saturn’s largest moon. Titan's thick, methane-rich atmosphere makes it challenging to study the moon's surface at visible wavelengths, but it's possible to peek through atmospheric windows in the infrared. At certain wavelengths, we can see that Titan is dotted with lakes and seas filled with liquid hydrocarbons — mostly methane and ethane. Using data from the Visual and Infrared Mapping Spectrometer aboard the Cassini spacecraft, I developed a preliminary spectral mapping technique to ascertain the relative abundances of methane and ethane in and around the polar lakes of Titan, focusing on the bright "collar" regions around the lakes that could signal evaporation. 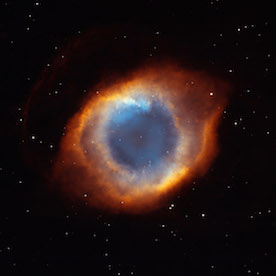 As an undergraduate at Williams College, I worked with Dr. Karen Kwitter to study planetary nebulae (PNe, singular PN), the final life stage for stars of approximately the same mass as the Sun. I analyzed spectra from the 10.4-meter Gran Telescopio Canarias OSIRIS imaging spectrograph and the Hubble Space Telescope Imaging Spectrograph and calculated chemical abundances of PNe in the Milky Way and our nearest galactic neighbor, M31. For my senior thesis, I analyzed spectra from eight PNe in M31 to investigate the oxygen abundance gradient, which is anomalously flat in the outer disk of M31. A likely cause is the gravitational influence of a passing galaxy — which kinematic studies suggest occurred between M31 and M33 2-3 billion years ago. You can read more about this work here.

Our Eyes Reveal What We Want to Conceal, Research Finds
Solar Sail Mission Is Declared a Success
Climate Change May Have Contributed to Rise of Deadly Fungus, Study Says
Laughter May Be Best Medicine for Bad Joke
Before Humans Walked on the Moon, Animals Rocketed into Space (Video)

Planetary History Written in Saturn’s Rings
Launching a Stellar Superflare
Not so Fast: Some Stars Show a Spin-down Slowdown
Heating Up a Solar Flare
Can We Detect Gravitational Waves from Core-Collapse Supernovae?

What Are Starspots Like on Sun-like Stars?
Astrophysical Classics: Evidence for Europa’s Subsurface Ocean
SETI on the Side: Seeking Dyson Spheres with Gaia
Dating the Evaporation of Globular Clusters
Antineutrinos, Left-Handed Molecules, and You

The Universe Beyond the Plasma Frequency
Life Beyond Earth? Look to Small Stars

I applied for a NASA Future Investigators in Earth and Space Science and Technology (FINESST) grant in 2019, and its close cousin the NASA Earth and Space Science Fellowship (NESSF) in 2017 and 2018. In 2019, I was awarded a FINESST grant. I've included the materials and reviews from my successful FINESST application here as a resource. Please note that I proposed two years of research rather than the usual three years. I hope that these documents are helpful to future applicants!

With such a low acceptance rate, many exceptional proposals go unfunded, and it's not always clear why one proposal is selected over another. That being said, I think the main factor that contributed to my proposal being selected was the clarity of the research steps outlined in the proposal. The proposed research isn't the flashiest, and it doesn't use the most cutting-edge research techniques. However, the proposal lists the specific steps that will be undertaken, which makes it clear that there is a detailed plan to get from Point A to Point B, and increases the confidence of the reader/funding agency that the goals of the research will be achieved. In addition, the research plan and the personal statement both emphasized familiarity with the relevant datasets (or datasets very similar to those), which again increases the confidence that the proposed research will be completed successfully.

Please feel free to contact me with questions. Good luck!